The Dangers of Hoarding Cleanup

The Dangers of Hoarding Cleanup 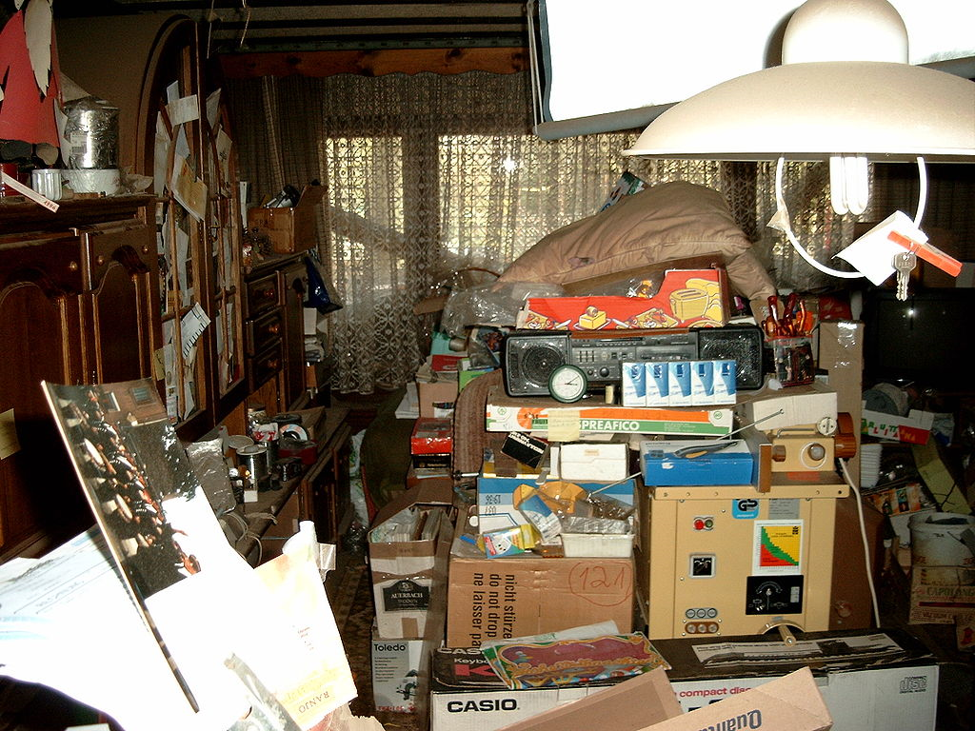 Hoarding is a very real and serious problem that is more than just the dramatized version we see on TV. You may have a decent idea of how dangerous hoarding could be to live in a hoarder’s house. However, what you don’t know is that cleaning up after a hoarder can be just as dangerous.

Often, the people around a hoarder – friends and family, etc. – could be tempted to clean the mess up by themselves. After some time, they may realize that it is not something they can handle on their own, especially if they’ve gone into it impulsively, without any plan of action. Not only is it a challenge on its own, but it also poses various risks that may not be visible on the surface but can have long-lasting effects.

One of the more apparent risks of hoarding cleanup is the exposure to sanitation problems. Cluttered homes are challenging to clean, because of the number of things to get through, which makes other cleaning activities such as dusting, vacuuming, and trash removal difficult, especially if the hoarder keeps bringing in more and more things.

As dirt collects in larger quantities, the environment becomes the ideal breeding ground for harmful germs, bacteria, and other microbes. Trash may build-up, and food may rot; this could release hazardous fumes and byproducts. If you take up the task of cleaning a hoarder’s house without adequately equipping yourself, you could be exposing yourself to all the dangerous microorganisms that could cause diseases.

Any decomposing material or rotting food within the clutter could attract rodents and pests, which can then start to build their communities and remain hidden among all the hoarded items. These pests can be biohazardous, often carriers of multiple diseases. Besides this, during the hoarding cleanup, you may have to deal with removing them (dead or alive) and cleaning up their urine, feces, and any other bodily fluids, which are serious biohazards.

Sometimes, a hoarder’s compulsion includes hoarding animals, which makes the issue that much more sensitive. Animal hoarding can be extremely unhealthy and dangerous for the animals and the people living in the same space. Feces, urine, and any other filth put all the living things at risk. Attempting a hoarding cleanup when there are biohazards involved can make the task much more dangerous as you could be exposing yourself to bacteria, viruses, and other pathogens.

Safely maneuvering through all the clutter can be difficult, and if you are not careful, you could easily injure yourself. Not only that, but with so many things in one space, they may all be unstable and at risk of toppling over any moment, which could also cause injuries, and even trap you in. If you’re going at it alone, you may not even have someone around to help you out.

The risk of fires increases in a hoarder’s house because the excessive clutter means that extinguishing the flames becomes more challenging. This is particularly true if the hoarder has a large number of flammable items. Even if they don’t, having so many items around can mean that heat vents could get covered, or wiring could get damaged, which could cause fires. Moving items around while cleaning can increase the risk of this happening.

On top of that, all the hoarded items would make it difficult to evacuate in case a fire does happen.

With so many things taking up all that space, the chances are that ventilation and airflow are also restricted throughout the house. Mold growth is easier to spot in a clean house. However, in a room where so many other things are taking up so much space, this becomes more difficult. When left unaddressed, the mold will spread and get worse.

Most likely, with all those items, water intrusion would also go unnoticed and can make mold growth even more likely. In some cases, it could even threaten the structural capability of the house itself, making it extremely dangerous for anyone in the space.

Water leaks can cause problems in the structure of the home, but that’s not all. Hoarding also means that many other maintenance tasks go ignored. The lack of proper repair means the property gets damaged, and over time, this damage could go as far as to compromise the structure. The excess weight of all the hoarded items would certainly not help in such a scenario, and when taking on the task of hoarding cleanup, you would have to be extra careful about how you go about it.

With so many germs and microbes roaming around in your home environment, and the lack of proper ventilation, the air quality could deteriorate substantially. Prolonged exposure to the contamination in the air could have severe health risks since you don’t know what airborne pathogens could be around. When handling the hoarding cleanup, you could be exposing yourself to these germs if you don’t make sure to keep yourself protected with sufficient equipment.

Perhaps the most dangerous part of cleaning up a hoarder’s home is that you don’t know what else could be hidden among all that clutter. Even if you have prepared yourself for any of the other risks of hoarding cleanup, you can never be sure what else you need to protect yourself from, and how to do so.

There are many dangers of handling hoarding cleanup on your own, and it is best to leave it up to professionals, who are experienced and trained to deal with the issue. Duval County is a hoarding cleanup service that can get the task of cleaning up all the clutter for you, removing any hazardous waste, and making sure you are fully satisfied.