what qualifies as biohazard waste

What Counts as Biohazard Waste? 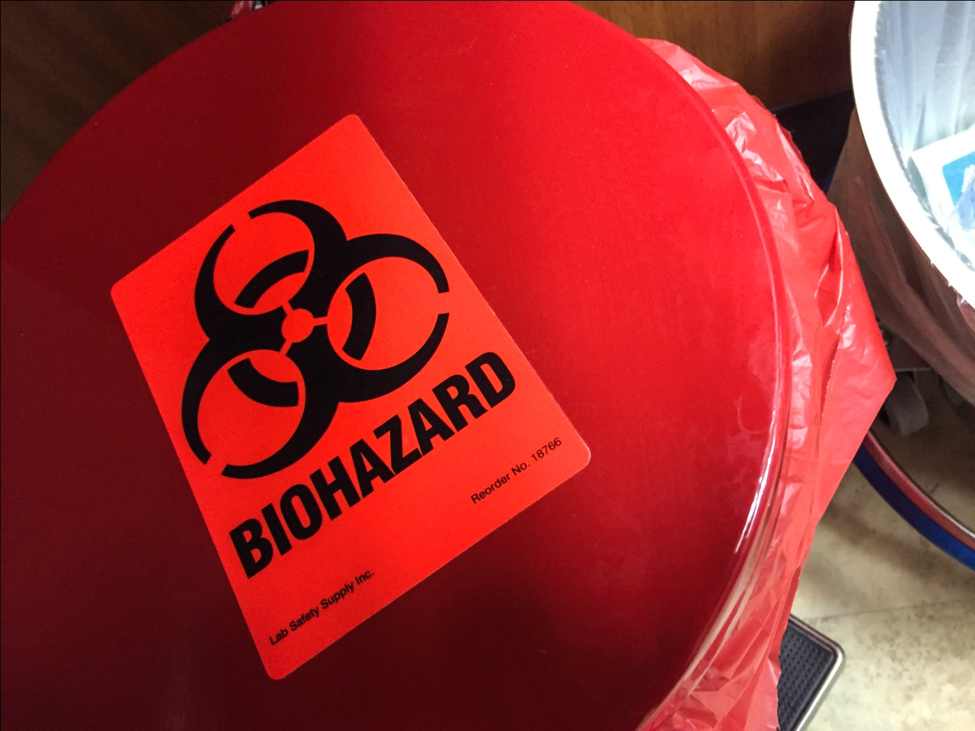 Conventionally, biohazard waste is categorized as anything that has the risk of carrying human pathogens. Keeping that in mind, we can then assume that biohazard waste is all around us: at school, at work, in public toilets, and even in dustbins in malls and other buildings.

Fred Hutchinson’s Cancer Research center defines biohazard waste as “any waste containing infectious materials or potentially infectious substances.” This includes substances like blood and any items that could cause injury in handling such as needles, blades, and broken pieces of glass.

Falling under multiple categories, handling biohazard waste should be left up to the professionals.

All human blood and blood products (such as plasma, serum, and other components) are all part of the category of biohazard waste, whether they are in liquid or semi-liquid form. Any items that could be contaminated with blood in that if they are compressed or squeezes, they would release liquid, or semi-liquid blood is also considered biohazard waste. An example of this could be porous materials like cloth and carpet that absorbed blood. Items caked with dried blood that could come loose upon handling as well as any other bodily tissues or fluids that visibly contain blood are also considered biohazard waste.

Waste from laboratories that could contain or are contaminated with infectious agents is also biohazardous. This includes specimen cultures that have been discarded, live and attenuated viruses, any fluids that are known to hold infectious pathogens and waste from the production of biological material such as serums.

Any human tissue, organs, or body parts are biohazard waste. This includes waste from procedures like surgeries, autopsies and biopsies, and any unfixed human tissue besides the skin.

Animal carcasses and body parts are also biohazardous, as well as any bedding material from any animal that was infected with or treated with pathogenic microorganisms that are known to be infectious for humans all fall in the category of biohazard waste.

This includes any sharp material that could cause damage or injury during handling such as needles, IV tubing, glass pieces, scalpels, razor blades, etc. Sharps are further divided into:

·         Regular sharps waste, which could or could not be contaminated with biological substances

·         Radioactive sharps that are contaminated by radioactive material

·         Chemical sharps that have been in contact with toxic chemicals such as chemotherapy drugs or broken mercury thermometers.

Unlike radioactive or chemical waste, no agency regulates how biohazard waste is to be handled or disposed of. However, there are some universal precautions to turn to if you face handling biohazardous substances. This would imply handling all materials as if they are carriers of infections.

Biohazards can pose a significant threat to our health, so they must be handled carefully, especially when disposing of them. For many people, disposal implies getting a problem off their hands, but biohazardous materials cannot be treated the same way as other kinds of waste. If they are not delicately handled, they may cause severe health problems not just for you but for anyone else who may come in contact with it down the line.

If the material in question is solid, such as sharps or any contaminated personal protective equipment, this should be collected into a designated container (such as a box or a bag). The container is marked with the biohazard symbol to let everyone who may come in contact with the container know that it contains dangerous substances. This can then be disposed of in the same way medical waste is by sending it to a landfill that is pre-approved.

Liquid biohazard waste is to be disposed of in a leak-proof container so that it does not spill if the container tips over. This container must also be labeled as a biohazard. Usually, liquid containers of biohazard waste should be placed in a secondary container for added safety.

For sharps waste, since most sharps items are medical tools, the healthcare industry specifies special containers for collecting them. These containers have to be resistant to puncturing and leaking and should be safe to handle. These containers must then be labeled with the symbol for biohazard waste, as well as specify that they hold sharp items.

Pathological waste must be double-bagged to prevent leaking, and then for further protection, store it in a secondary container. Pathological waste should be disposed of by incinerating or treating it with chemical substances, since autoclaving (a sterilization procedure using high-pressure steam) is not sufficient.

Microbiological waste, which includes specimen cultures and infectious agents etc. is very common for laboratories, is often autoclaved, and then stored in the lab’s waste storage. However, this usually depends on what category the waste falls under. If the material happens to be sharp, it is treated as a sharp waste. Similarly, solid and liquid forms of microbiological wastes are treated accordingly.

Although there are some basic guidelines for how to get rid of biohazard waste, it is never advisable for you to handle it on your own. You must be able to identify different kinds of biohazard waste to be able to protect yourself if you ever come across any. Still, it is best to leave disposal and handling up to professionals, such as crime scene cleanup services, who are skilled at handling biohazard waste and disposing of it cleanly and appropriately to prevent it from causing any harm.

Be the first to leave a review

Be the first to leave a review