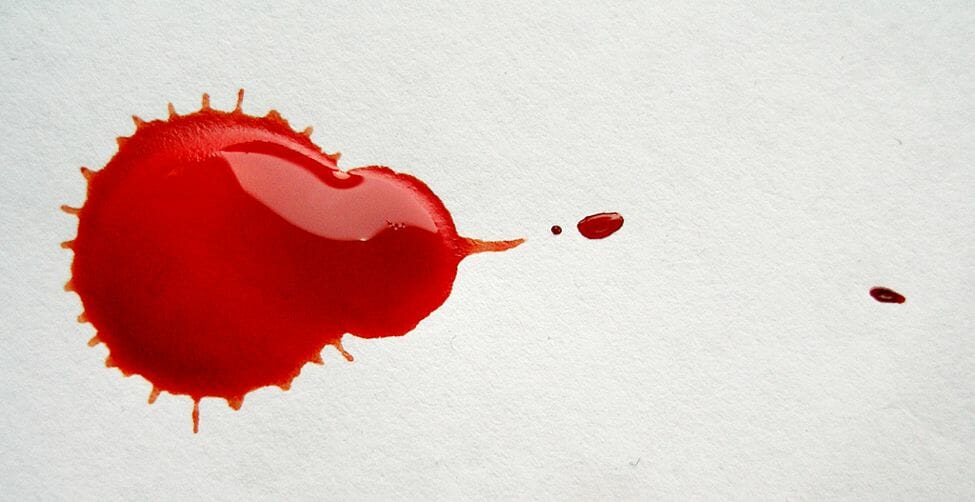 Most people are probably familiar with the fact that blood can be a biohazard, but many do not know why. Learning about bloodborne pathogens and how exposure to blood can be risky is essential for anyone, not just those who may have to clean up after accidents, but for regular people as well.

Hepatitis A is a severe, highly contagious infection of the liver that can result in inflammation and impair liver functioning. It is transmitted in several ways, which include contact with an infected person’s blood or through sexual contact. It can also be transmitted through contaminated food.

The symptoms for Hepatitis A include:

Fortunately, Hepatitis A is usually not chronic and does not cause long-term liver damage. However, without treatment, it could get severe. Since the most common method of transmission is contaminated food, it can be controlled with good hygiene. Since the infection is also bloodborne, you should avoid coming in contact with human blood without proper protective gear.

Hepatitis B is also a liver infection, but a much stronger and severe one. There is no known cure for a Hepatitis B infection, and it can become chronic as well. This can cause serious medical issues, such as liver failure, liver cancer, or cirrhosis.

Hepatitis B is most commonly transmitted through sharing needles, accidental needle sticks, during childbirth, and sexual contact.

The symptoms of Hepatitis B are similar to those of Hepatitis A.They can be avoided by practicing universal precautions when it comes to blood, blood products, and needles.

Hepatitis C is transmitted through bodily fluids, as well as through childbirth, and has a much higher likelihood of becoming chronic. This puts individuals at risk of liver cancer and cirrhosis. Although this disease is not rare, the symptoms it poses are so few that many people are unaware that they are infected. There are no vaccines for the disease, so it can only be avoided by practicing universal precautions when handling blood and safe sex.

This disease is one that can only be contracted by those who are already infected by Hepatitis B. It aggravates the condition. However, it often resolves itself within the year. However, it is also capable of becoming fatal. It is transmitted through the passing of blood from infected individuals to others, which often happens via needle sharing. As such, it can be avoided by practicing safety when it comes to blood, making sure you are vaccinated for Hepatitis B.

The human immunodeficiency virus, better known as HIV, is a lentivirus, which is a medical subgroup of a retrovirus. A retrovirus is one that is able to replicate by converting its RNA into DNA and using the host cell to reproduce this DNA. Without being treated, HIV can result in AIDS and reduce the expected lifespan of an infected person down to 9 years.

Since the disease causes the human immune system to fail, it is hazardous and can be fatal. Currently, there is no known cure for HIV. Still, the treatment allows the virus to be kept under control, so it is best to adopt safety measures and get treatment as soon as possible if you happen to be infected.

HIV is most commonly transmitted through sexual contact and blood. Sharing needles or being accidentally pricked by one can transmit HIV.

Symptoms for HIV include:

HIV can be controlled by controlling the exposure to blood and blood products and practicing safety when needing to handle them as well as by practicing safe sex.

HTLV is also a retrovirus, which can cause cancer in humans called Adult T-cell leukemia or Adult T-Cell lymphoma. There is no known cure for HTLV. It is a lifelong condition, though many infected people are known to remain asymptomatic throughout their lives.

HTLV is transmitted through blood, which can occur through transfusion or needles.

Symptoms of HTLV include:

·         Uncontrollable muscle contractions in ankles and the lower back

The most effective way to control HTLV is to make sure to practice safety when it comes to handling blood, making sure to wear gloves, aprons, and goggles.

Blood can pose so many biohazard risks. Universal precautions, according to the Bloodborne Pathogens Standard, requires that all blood and other potentially infectious materials should all be treated as if they are carriers of infections. Hence, it is important to use personal protective equipment when handling or coming in contact with all of it.

In many cases, differentiating between the types of bodily fluids is also tricky. They are also treated as though they are all infected.

Thus, to protect oneself against these pathogens, you must make sure to avoid contact with all such bodily fluids, sanitize all equipment after use, and dispose of all biohazard waste properly, when required. When you expect to enter an environment where there has been blood exposure, you should cover up all cuts, sores, and scrapes, and thoroughly wash your hands after you engage in any cleanup.

However, you should leave such cleanup tasks to crime scene cleanup services, who are experts in the efficient and proper cleanup of such biohazards and can do the job for you.